In 1991 the republics of Armenia and Azerbaijan declared their independence from the Soviet Union. Karabakh Armenians declared themselves an independent republic, which sparked a war between Armenia and Azerbaijan. Atrocities were committed against ethnic minorities considered hostile by both sides, and around one million people were forced to leave their homes. The war ended in 1994 with Armenians controlling the entire Nagorno Karabakh territory as well as 9% of Azerbaijan’s territory. © Daniel Barreto Mezzano 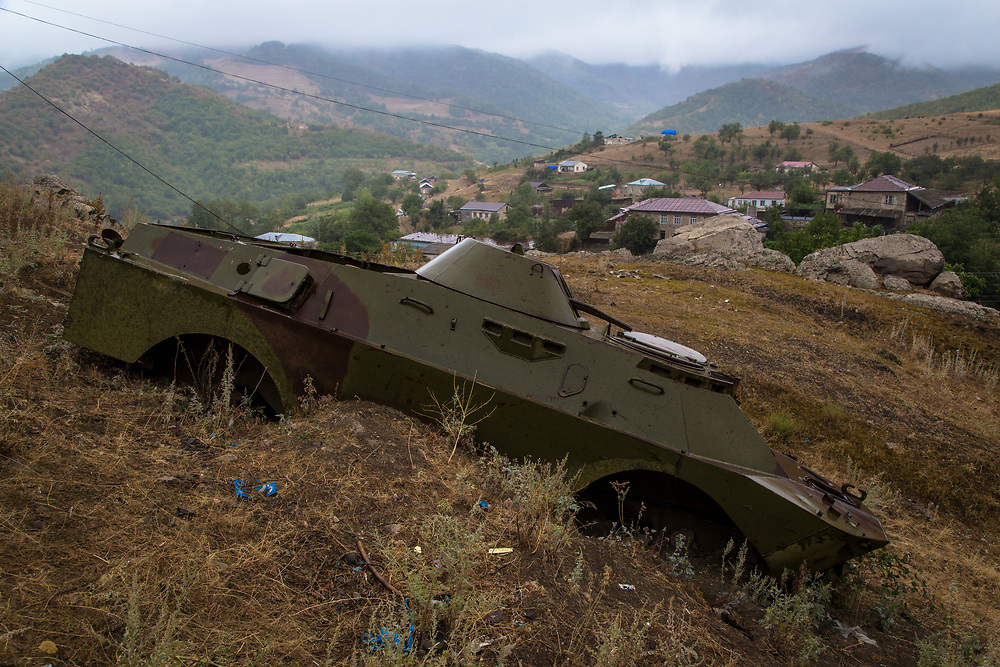