Tatik u Papik, the monument to the grandparents, also known as “We are our mountains” represents the Armenian roots of Nagorny Karabak. Even though the Armenians have made up the majority of the population, the Azerbaijanis can also claim a historical presence in the territory. However, unlike the Armenians, they did not leave many monuments behind. This is mainly due to their traditional nomadic lifestyle. The conflict between Armenians and Azerbaijanis can be interpreted as a conflict between mountain folk and people from the plain, or between sedentary and nomadic folk. © Daniel Barreto Mezzano 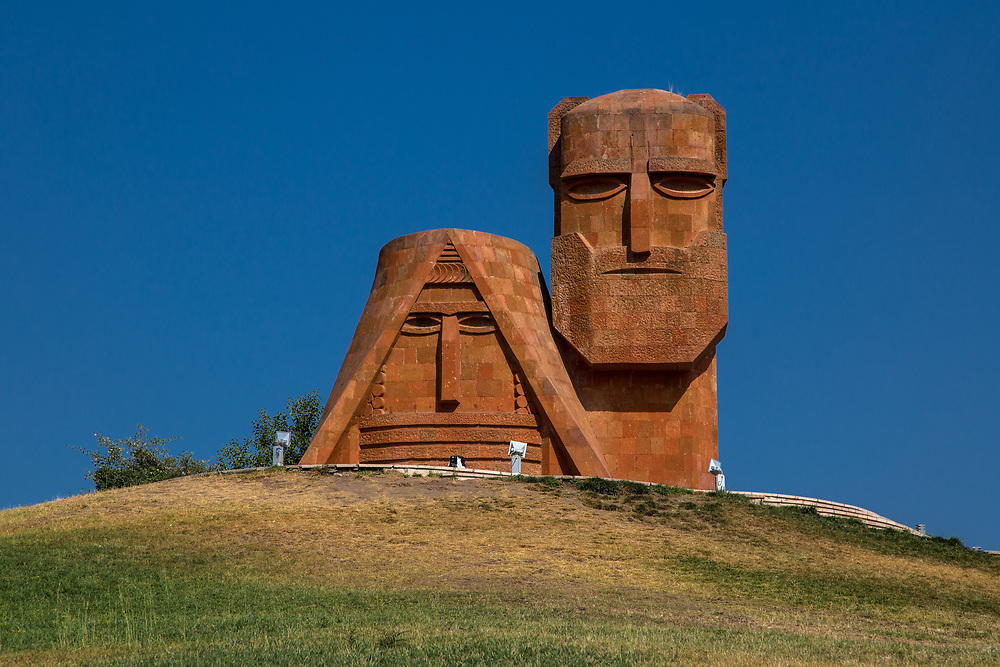