The war ended in 1994 with the Armenians taking control over the entire Nagorno Karabakh territory as well as 9% of Azerbaijan’s territory. However, hostilities haven’t ended. The borders between Nagorno Karabakh and Azerbaijan are closed and the only way of entering the breakaway republic is by land through Armenia. Azerbaijan and Turkey have also closed their borders with Armenia, with grave impact to the Armenian economy. The situation remains tense and every year dozens of soldiers are killed in shootouts between the armies across the border. The conflict has caused more than 30.000 casualties. Karabakh cemeteries are full of tombs for young people who died during the war. © Daniel Barreto Mezzano 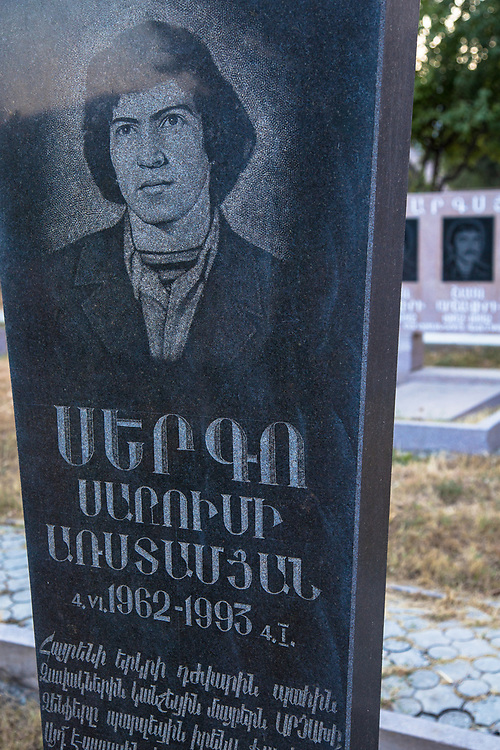